I knew about him but I never met him. I met his brother many times but I somehow managed not to lay eyes on him until today. And here he is: he is as tall as his brother is short and he is as thin as his brother is fat. But they both speak German with the same impeccably strong Russian accent. Together, they bought an immense number of paintings (too bad that many of them are worthless). And they keep buying. Each for himself, though. Never together. They don’t even talk to each other, actually. Like many dealers and would be dealers. There are at least a dozen brothers that I know of who do not do business together. It seems it is enough to have an altercation once. A second time will never happen because there will never be a second opportunity to work together. No money will circulate between them. No information about the artworld. No tips. Nothing!

So, His Tallness! FraKturing eVery German worD as his tongue might find it suitable, he explained pompously that he speaks all languages. He could even speak Chinese, if Chinese will be of help, that is. Or Yiddish. Or English, of course. You name it! If I can sell you something, I will speak your language!

His weasel eyes behind his tinted glasses spotted two small pieces we had hanging for a while without much hope to sell. He bought both of them. Paid on the spot. And then he bragged about how he is trying to bring down the reputation of another dealer who deceived him and how this is the only one thing he does not tolerate. Deceit is the worst thing there is! I wondered in how many languages would he be able to say that. And what is he going to sell the two small paintings for? He’d certainly stick a story to them, a story which would buy their way into the rooms and onto the walls of an average Russian who found himself to be too rich too soon and needed desperately an illustrated family tree. There you are! Your long dead uncles! And your grandmother, too! Isn’t she pretty? Look at her gracious hand, veiling this tiny rose! Oh…

Nabokov wrote a story (which later became a book) called Pnin. For some obscure reason I thought about the professor of Russian, as the tall, presentable, voluble guy before me was gesticulating and rearranging the world according to his views. Pnin though, Nabokov tells us, was not der zerstreute Professor as one might be tempted to think. It was the world that somehow seemed to continuously elude him, things getting lost as soon as they would come into his sphere of existence, falling apart, breaking down, or even attacking him. And he found it his duty to bring some order back into the world, to reinstate a required harmony. Pnin was beloved not because he had some essential qualities but because he managed (involuntarily, mostly) to always make unforgettable digressions: “nostalgic excursions in broken English”. See, for example, the time he landed in the US for the first time and was asked if he had something to declare. No, he answered. When they got to political questions he answered to Are you anarchist? with What do you understand with Anarchism? Anarchism practical, metaphysical, theoretical, mystical, abstractical, individual, social? His inquiry led to him spending two weeks on Ellis Island but his audience would be already on the floor laughing.

Leaving laughing aside – these people are made of work. Hard work. A seldom mix of outstanding memory, cunningness and cupidity built up gradually over years of practice. Pushing to the limit. But still…. There is always more. There is always something that will elude them. Mark Strand’s line “Wherever I am, I am what’s missing” has its counterpart in Borges’ Limits.

There is a line of Verlaine that I will not be able to remember.
There is a street nearby that is widowed of my footsteps,
there is a mirror that has seen me for the last time,
there is a door that I have closed until the end of the world.
Among the books of my library (I am looking at them)
there is one that I will never open now.
This summer I will be fifty years old;
Death is wearing me away, relentless. 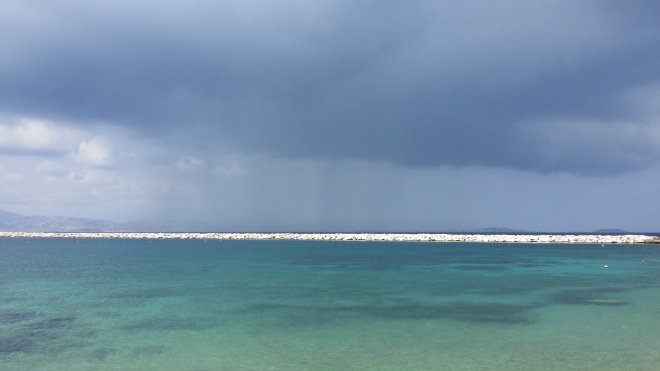